The importance of some divine festivals are way too difficult & complex to be able to be expressed in mere words. I guess that’s why I thank god for inventing Idioms & phrases, but to stress the importance of Mahashivratari & the significance this day has on Indian mythology & people alike, even the mighty idioms & phrases fail to deliver on that front. 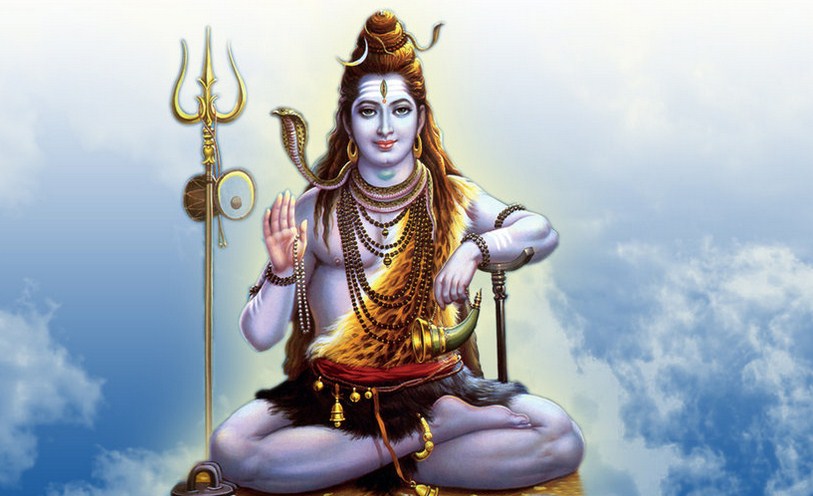 Mahashivratri is that holy festival where in people all across the country join hands & venerate the mighty Lord Shiva by showering him with prayers, prasad and utmost devotion. The zest, exuberance & the fresh enthusiasm is all but visible as it becomes increasingly difficult for people to keep a fine grip on their emotions. As per popular beliefs, Mahashivratri marked the first day when people got to see Lord Shiva in a different avatar (Ling incarnation to be very specific). Mahashivratri is usually celebrated on the 14th day of the dark lunar fortnight in the month of Falgun. This year it shall be celebrated on 24th of February. So, mark this day on your calendar as this day shall help you reel from all the things that had been holding you back in life & help you seek redemption from your past un-greatful of deeds.

As per the Panchangam of both North as well as South, Mahashivaratri occurs on the same day. Hence, according to Gregorian Calendar, the date remains same in the entire India. On this day, devotees of Shiva worship him by offering Bael leaves to the Shivling, keeping fast, and staying awake whole night.

Mahashivratri Vrat Rules According To Scriptures

In order to observe Mahashivratri Vrat (fasting), following rules are mentioned in our scriptures:

3.   Apart from the above mentioned 2 conditions, the fast will always be observed on the next day.

Many stories are famous about Shivaratri. As per the descriptions, Goddess Parvati had undergone a tough penance to get Shiva in her life as her husband. Mythological texts say – as the result of her hard efforts, Lord Shiva and Maa Parvati got married on the fourteenth day of the dark fortnight of Falgun. This is the reason why Mahashivratri is considered very much important as well as auspicious.

Apart from this, Garuda Purana mentions the importance of this day with a different story. According to which, one day, a hunter went out to hunt with his dog, but he got nothing. Being tired and starved, he sat down near a pond. There was a Shiva Lingam under a Bilva tree. In order to give some rest to his body, he took some leaves from that tree. By chance, some of them fell down over the Shiv Ling. After that, he sprinkled the water of pond over his feet to clean them. Eventually, some of the water also got sprinkled over the Shiv Lingam. While doing all this, one of his arrows fell down. In order to pick it up, he bowed down in front of the Shivalingam. Like this, he completed the entire process of Shiva Puja on the day of Shivaratri unintentionally. After his death, when Yamadoot came to take his soul, people from Shiva?s army came to protect him.

If the unintentional worship of Shiva on the day of Mahashivratri gives such an amazing result, how it will bless us if we do it intentionally.

1.   Fill an earthen pot with water or milk. Put some Bael leaves, flowers of Datura-Aak, rice, etc. in it and then offer it on Shiva Ling. If there is no Shiv temple around then worship should be done by creating a Shivaling with mud at home.

2.   On this day, one should recite Shiv Purana and chant Mahamrityunjaya or 5-letter Mantra of Shiva Om Namah Shivaya. Additionally, one should stay awake throughout the night of Mahashivratri.

3.   As per the classical rituals, the best time to perform Mahashivratri Pujan is Nishith Kaal. However, devotees can perform the Puja during all 4 Prahars of the night as per their convenience.

Lord of the Chaturdashi Tithi (fourteenth day as per Hindu Panchang) is Shiva himself. That is why, in every Hindu month, the fourteenth day of dark fortnight is celebrated as Masik Shivratri (monthly night of the Shiva). In astrological classics, this day is considered extremely auspicious. As per the calculations of mathematical part of astrology, Mahashivratri takes place when Sun gets in Uttarayana and change of season also goes on. Astrology tells that on the fourteenth day, Moon gets weaker. As Lord Shiva has established Moon over his forehead, worshipping Him empowers the Moon of the worshipper. As Moon is the significator of mind, it gives an additional benefit. In other words, worshipping Shiva gives strength to the will-power and induces unbeatable valor as well as toughness in the devotee.

If you have any query regarding this festival, put it in your comment at our web sitewww.vedicastrologysolutions.com or email us at sawaljawab444@gmail.com.

How to satiate Lord shiva with that perfect puja vidhi

The Fast & the Rudrabhishekam holds utmost importance in regard to Maha Shivratri festival. It plays a vital & an instrumental role in pleasing Lord Shiva.

One such parable which greatly explains this phenomena is when Goddess Parvati asked Lord Shiva as to which of the fasts would prove to be the decisive factor in becoming the most standout-est of fasts to amend all the wrongs, while being practically the most sort after fast there is to attain mental satisfaction as well as inner peace, only if such a thing ever existed. To answer this question, Lord Shiva slowly explained to goddess Parvati about the gravity that this fast holds, which should be observed on Mahashivratri. And because the incarnation of Lord Shiva came to light on the said day, hence it is celebrated as Mahashivratri.

How Lord Shiva ended the Ego trip of both Lord Vishnu and Brahma.

According to the popular folklore, Lord Vishnu as well as lord Brahma started being self confident & egoistic. Both of them wanted to prove to each other as to which one is the stronger between the two of them. While they were having this intense discussion/bickering, Lord Shiva amused by the topic of dispute thought of teaching the mighty lords a lesson to really think about. He conjured this super-colossal of a humongous light pillar & asked Lord Vishnu to descend & Lord Brahma to ascend to the bottom & the top respectively. After hours of climbing & descending, the mighty lords caved in to the never ending chase. This incident alone was enough to remind the two that no matter how much they fight over the fact that who is the most powerful, for that place already belongs to the unparalleled & unsurpassable Lord Shiva.
Parad Shivling
Parad Shivalingam is considered to be most auspicious and pious. It is believed if a mercury Shivling is placed and worshiped in a house, society or a temple, it leads to prosperity, positive strength, peace, knowledge and removes negative energy. It is also considered that goddess Lakshmi resides at the place where Parad Shivalinga is kept for generations to come. Also, a person is relieved of all physical, spiritual and psychological disorders, if s/he worships Parad Shivling with complete devotion.
As per ancient scriptures, Parad is most pure and auspicious metal, which not only has religious importance but medical importance too. Sages say that Parad Shivling is meeting of the divine being and nature – meeting of Shiva & Shakti. One can get all worldly and spiritual benefits through Parad Shivalinga.Bhaiyaji gets Parad Shivling especially made using eleven especial ingrients at a village near Omkareshwar Jyotirling  which gives actual powers to worshipers
Experience the miraculous stone found in the depths of river Narmada: the Narmadeshwar Shivling & bask in the glory of blessedness. Narmadeshwar Shivling symbolizes the divine form of Lord Shiva. It is found in the depths of River Narmada and hence the name. This Shivalinga is worshiped to get the blessings of Lord Shiva. Millions of devotees pay their homage to Narmadeshwara swearing by its benefits and miraculous nature. Offering belapatra daily to the shivalingam brings wealth and fortune in life. Bestowing black sesame seeds upon the shivlinga is proven to erase bad effects of Saturn. This shivlinga also benefits in mental ailments. Anointing the shivling with ‘panchamrit’ is said to bless a childless couple with a healthy child. Anyone can request us for getting Narmadeshwar Shivling on our web portal , and thru email
Astrological Viewpoint

According to Vedic Astrology, the 14th day of the dark lunar fortnight is considered to be the day when the moon is the closest it can be to the Sun, and is considered to be a very important and potent time. This is that time when Moon, the life, conjoins with Sun, the Shiva. This is the reason why we venerate Lord Shiva and achieve eternal & complete fulfillment. It is widely known that Lord Shiva vanquishes off anger, annoyance, greed amongst other things & replace these with peace & tranquility.
We at www.vedicastrologysolutions.com , wish you all , a very prosperous MahaShivratri & we wish that this MahaShivratri brings nothing but good things for you.