As Sawan occurs during the period of Chaturmas, Lord Shiva takes the charge while Vishnu Bhagwan is asleep. It is the time when Shiva can fulfill all your desires; for he holds the power of the trinity. Hence, making him upset may also be quite problematic. The required prohibitions are given below, check them out.

9 Things To Avoid In Sawan

Further, we thought that you would like to know the dates of Sawan Somwars (the holy Mondays of Sawan) to keep fast and receive the blessings of Shiva:
The dates given here are as per the North Indian Hindu calendar. If you wish to know in detail about Sawan for all parts of India, please scroll below .
On this first day of Sawan, Mercury is rising in Cancer. We hope that this piece of information will be helpful to you in making this month a fruitful one.

Holiest month of the year 2016, Sawan is exposed here along with the dates of the most powerful days. In 2016, the month of Shravan brings you the opportunity to get blessed of pleasantness and favors by the Almighty, a number of times. Savan is not only about Lord Shiva, the nathkat  Krishna will also come to your homes. Read on to know more… 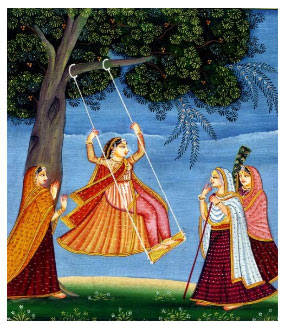 Savan, also known as Shravana or Sawan, is the fifth month of Hindu calendar. The month of Sawan commences during the month of July and ends in the latter part of the month of August. Sawan is considered to be one of the most pleasant months according to the Hindu calendar, as it gives us divine relief from the scorching summer with pleasant drops of rain. Saavn is also referred to as one of the most festive months in India. Let’s read below to know a bit more about Sawan in 2016.

The month of Shravan brings you many holy opportunities to please the Lord. Saavn is also known as ‘Avni’ in Tamil. With the commencement of the month of Sawan, Sun enters Leo. Each day of the Shravan (or Saavn) holds its own religious significance. Hence, the whole Saawan can be termed as the host of auspicious days.

Sawan 2016: Most Powerful Dates Of Shravan In North India

Following are the dates of the festivals that will be observed in the Northern part of the country during Shravan month in 2016.

On the other hand, below mentioned are the dates of the festivals that will be observed in the southern part of the country too, during the Shravan Month in 2016.

Now, as you know the dates of different festivals to be celebrated in Sawan in 2016, we hope you will be able to follow the month of Saavn with piousness and devotion.

But, what is the significance of Sawan? Why should we regard Saawan as the holy month? A holy legend is associated to this beautiful month. Let’s take a look at it.

Saavn is dedicated to Lord Shiva. Let’s find out the reason in the legends of Sawan. 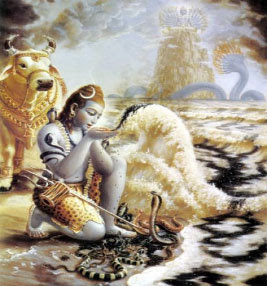 Samudra Manthan took place in the Shravan month, when the gods and the demons churned the ocean of milk. In response, fourteen items came out of the ocean. Out of them, the deadly poison, Halahala emerged out as a by-product.

The poison was partaken by Shiva to save the world from destruction. Lord Shiva swallowed the poison in such a manner that it could not leak through. The poison turned his throat blue. Thus, he came to be attributed as Neelkanth (blue throat).

Though, the whole Saavan month is dedicated to Lord Shiva, Mondays are believed to be the most auspicious days to perform fasts (Vrat) in the name of Lord Shiva. Vrat that takes place on the Savan Mondays is observed as Sawan Somvar Vrat.

WHY DO PEOPLE KEEP MONDAY FASTS?

Let’s take a look at how Sawan Somvar Vrats are observed during Mondays in the month of Saavn.

Sawan Somvar Vrats are observed by married women who seek for a happy household; unmarried ladies follow Sawan Somvar Vrat to get the ideal life-partner in their lives. Since, Monday is the favorite day of Lord Shiva, it is considered to be the best time to invoke Shiva’s blessings.

Since, the month of Saavn is especially devoted to Lord Shiva, let’s take a look at the traditions that are followed during Sawan Somvar Vrat.

Following are the rituals that are to be followed while observing Sawan Somvar Vrat in 2016:

WHY LORD GANESHA IS WORSHIPED FIRST?

The lord is offered Bilva (Aegle Marmelos) leaves (also known as Bel Patra), honey, milk and Lingam is also bathed in a holy proceeding. The fasting (Savan Somvar Vrat) begins early morning, and ends with the sunset on the same day.

Devotees also perform Maun (keeping silence) Vrat during the Sawan Somvar Vrat. Mantras like Om Namah Shivay and Maha Mrityunjay Mantra are chanted throughout the day. People terminate their fasts after praying to Lord Shiva. Once the Sawan Somvar Vrat is terminated, Prasad (sacred food offerings) is distributed among the devotees. 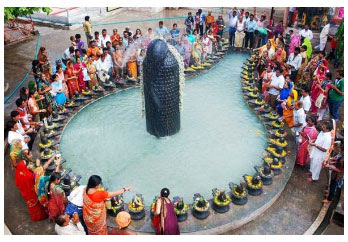 Following are the food items that can be consumed during Shravan Vrat in 2016:

Do you know that fasts in Sawan are observed on other days as well? Let’s take a look at all Vrats that take place during the month of Savan.

Following are the important Vrat (fasts) that will be observed in Saavan month in 2016, other than Sawan Somvar Vrat:

We hope that the above mentioned details on Sawan Somvar Vrat will help you to follow the fasting procedures during Saawan month in 2016 with more severity.

Sawan 2016: Significance Of This Month Of Showers

The month of Shravan brings in the shower of god’s blessings in the form of rain. Sawan month gives us relief from the scorching heat of summer. Savan displays a number of festivals that is dedicated to the Almighty. But, what is more significant is – in Savan month, Lord Krishna, Goddess Lakshmi, and a number of other gods are worshiped along with Lord Shiva.

Do you know that each day of Shravan month holds its own significance? Let’s take a look at the significance of the days of Savan:

Saavn is considered to be the month that gifts you the unique opportunity to get blessed by the Almighty. Sawan is the time when the rainy season is. Shravan month is the glorious time, when Indians get absorbed in a number of auspicious festivals. Hope, the month of Saavan in 2016 bring much more happiness and glory to your lives.

Here, we present you the dates of Sawan Somwar Vrat. All of you are familiar of the aggressive form of Shiva. But, it is worth noticing that Lord Shiva also shields you from all the negativities around. Read the article to know more. 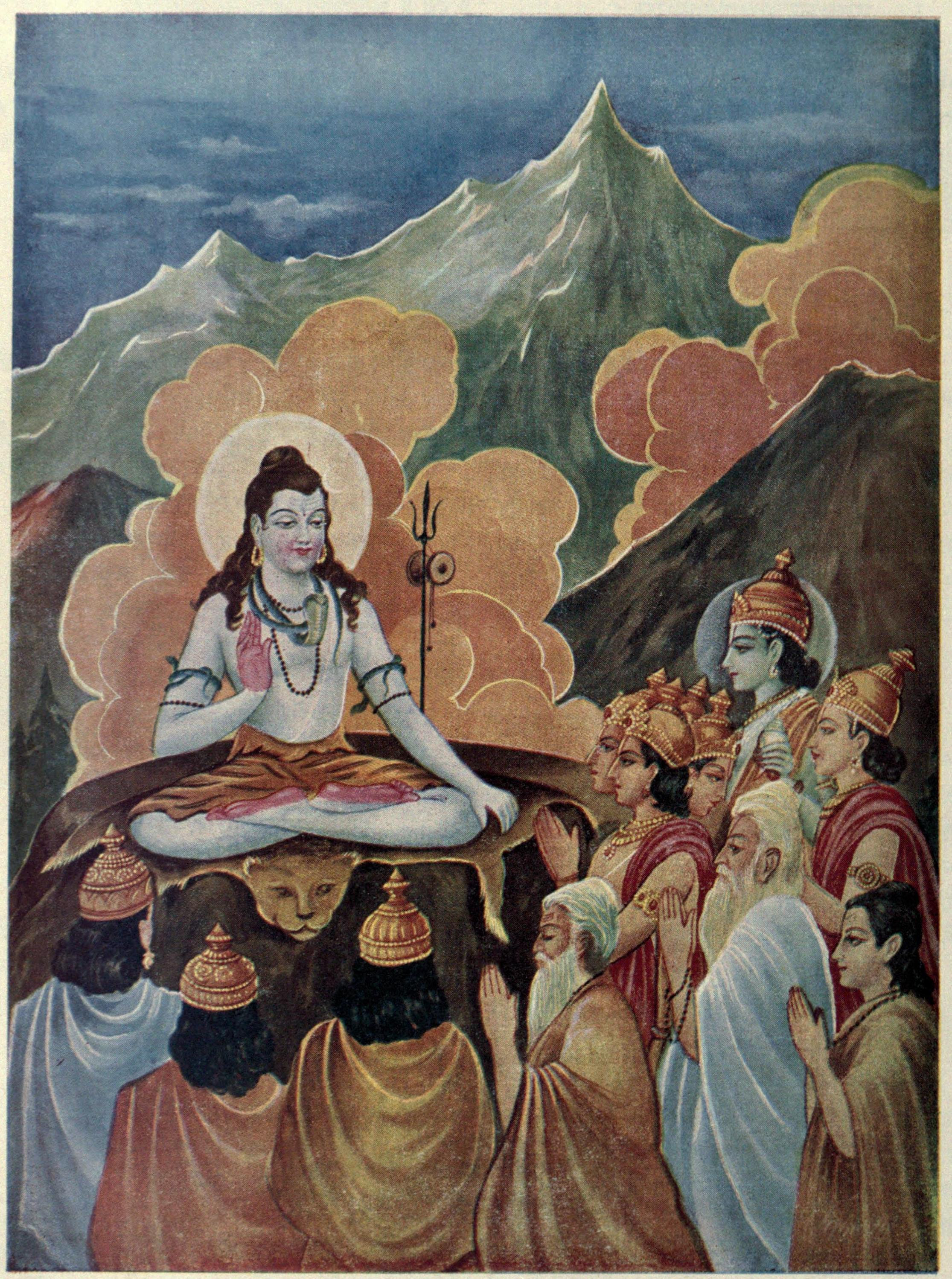 The month of Shravan brings you the opportunity to be bestowed with divinity for the complete 30 days. Savan month is an auspicious period to worship deities from heavenly abode, and among them all, Lord Shiva is considered to be the most divine. It is believed that venerating Lord Shiva during the month of Shiva (Sawan) brings in welcoming results.

Now, let’s take a look at the dates for observing Savan Somvar Vrat in the regions of West India and South India.

Why To Observe Sawan Somvar Vrat In 2016?

According to Puranic texts, Samudra Manthan took place in the Shravan month, when the gods and the demons churned the ocean. In response, fourteen divine items emerged out of the ocean. As a surprise, Halahala (deadly poison) also came out as a by-product.

The poison was partaken by Shiva to save the world from destruction. It was swallowed by Shiva and it could not seep through his throat. The swallowing of Halahala turned his throat blue. Since then, he came to be attributed as Neelkantha (blue throat).

This eventually came to be the reason of observing Sawan Somvar Vrat (in the month of Savan) in honor of Lord Shiva.

Now, we will discuss the traditions and rituals involved with Sawan Somvar Vrat.

Following are the ways that you can adopt to observe the Sawan Somvar Vrat:

Although, Lord Shiva is associated with the role a destructor, he is also considered to be the divine power that protects us from worldly evils. This Sawan Somvar in 2016, be ready with devout hearts to worship Lord Shiva. You will surely get you desires granted!