HanumanJi is considered the most effective lord of Kalyug. It is believed that he is long lived and he is still alive. Hanumanji has boon of “Asthasiddhi” and “Navnidhi” due to his wonderful and strong devotion.Due to this boon and mercy of lord Rama he is capable of removing any kind of  troubles from his devotee’s life. One such way of Bajrangbali Puja is his “Dwadash Namavali”. 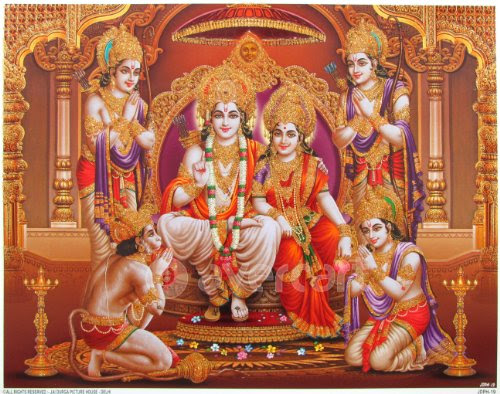 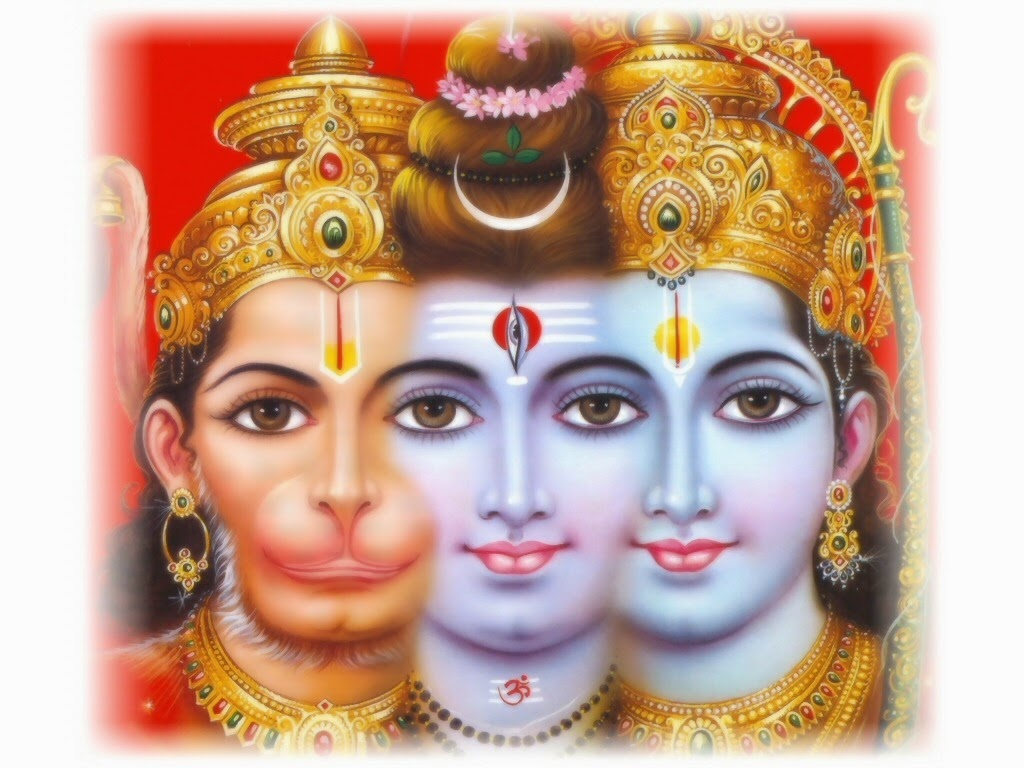 Every morning one must  chant these twelve names , before going for bed at night, before starting any new work, exam , interview  or before going on journey. In fact there is no fixed time for remembering God.
Bhaiyaji tells us an achuk upaye , take yellow color paper and write these names with red color ink and paste it on the main entrance and worship place at home. No nazar / drishty etc can harm you ever .
You can write it on Bhojpatra with Asthgandha and wear it in your neck as locket. These names will protect you from ten sides, sky and inferno.

If you want to fulfill your wishes then you should chant these names in the morning for 9 times at least .
Everyone can worship lord Hanuman. There is no difference of men-women in worship of God. Panch Mukhi Hanumanji Puja has its own mehetawa .

Pancha means Five and Mukhi means faces, so panchmukhi hanuman is a form Lord hanuman which has five different faces. Hanuman ji is an ardent devotee of Lord Rama. He is the symbol of power, energy, strength and knowledge. And, an epitome of true devotion and brahmcharya (bachelorhood).

On the occasion of Hanuman jayanti 2016, lets know more about this form of Pavanputra Hanuman – Panchmukhi Hanuman!

Panchmukhi Hanuman is said to be originated at the time of war between Ravana and Lord Rama. During the war, Ravana took help of Ahiravan, the King of Paatal (hell).
Ahiravana appeared in the form of Vibhishana. Then, he took Shri Rama and Lakshmana to Paatal Lok. HanumanJi in order to protect them, formed a fortress with his tail and entered Paatal Lok. There he found that he had to extinguish five lamps burning in five different directions at the same time to kill Ahiravan. Then, he originated into the form of Panchmukhi Hanumana with Hanuman, Hayagriva, Narasimha, Garuda and Varaha faces. And, killed Ahiravana by extinguishing the five lamps. 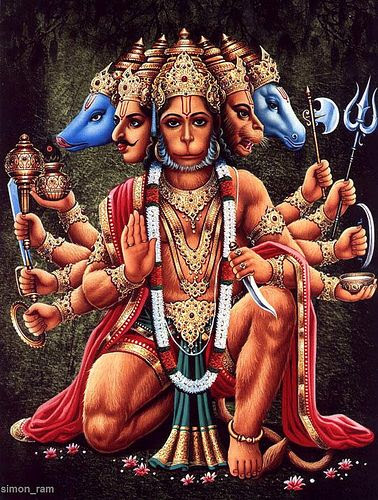 1. Panchamukhi Anjaneyaswamy Temple is constructed at Mantralayan, where Hanumanji appeared in his Panchmukhi form in  front of Raghavendraswamy. Raghavendraswamy observed 12 years long penance at that place.
2. The five ways to worship Panchmukhi Hanuman are Naman, Smaran, Keerthanam, Yachanam and Arpanam. Hanumanji used to Naman, Smaran and Keerthanam of Lord Rama.
3. Lord Krishna says to Arjun in Bhagwat Geeta, “He who acts for me, who is engrossed in me, who is my devotee, who is free from attachment, he reaches me”. All these 5 qualities are enshrined in Hanumanji.

According to texts in Hanumath Prakaranam in Sri Vidyarnavatantram, Panchmukhi Hanuman (also known as Anjaneya) has five faces (Pancha Mukha) and ten weapons.

AAJ KAA KHAAS UPAYE :
READ “HANUMAN CHALISA” SITTING OR STANDING IN FRONT OF RISING SUN EVERYDAY (ESPECIALLY SUNDAY), PROBLEMS OF LIFE (ANY KIND ) WILL VANISH , BUT ONE MUST DO REGULARLY FOR LONG TIME , ADVISED THROUGHOUT LIFE .EVERY TUESDAY AND SATURDAY OFFER FOOD INCLUDING SWEET ALONG WITH WATER TO NEEDY .