It is believed that Navratri of the Ashwin month of the Hindu calendar is most auspicious for worshipping Maa Aadishakti. In the 9 days of Navratri, the devotees of Goddess Durga worship her and her avatars religiously to attain a higher degree of peace and prosperity in their life. People fast and pay homage to the divinity for their well being. During these auspicious days of Navratri, it is believed that our sins and mistakes are pardoned by Maa Aadishakti as she showers her blessings on us, and uplifts our soul. Goddess Mahakali, Goddess Mahalakshmi, and Goddess Mahasaraswati are worshipped the most in navratri. Worshippers chant ‘Shri Durga Sapshati’ to please the goddess as well. In the period of 9 days, Goddess Durga’s pujan and lesson of Durga Saptshati are performed. People also keep a fast for one time’s meal. The foremost process of the Navratri’s is the ‘Ghat Sthapana’, after which all other auspicious activities take place.
www.vedicastrologysolutions.com guides you about Navratri leading you through these 9 days of  Durga worshipping and help you attain health, wealth, and happiness for the coming year.
Maa Shailputri blesses her devotees and ends their Moon related agony and woes. Try to get the maximum benefits this Shardiya Navratri by SAMARPAN TO MATA

Ghat Sthapana Muhurat: Morning 6:12 to 8 Am , In HAST Nakshtra , which is too Auspicious in many ways .

Kalash Sthapna , Khetari Beejan , all to be done in this Auspicious time .
Pratipada TIthi 20 th 10.59 Am To 21st September 10.34 Am
Devi Avatar: Maa Shailputri 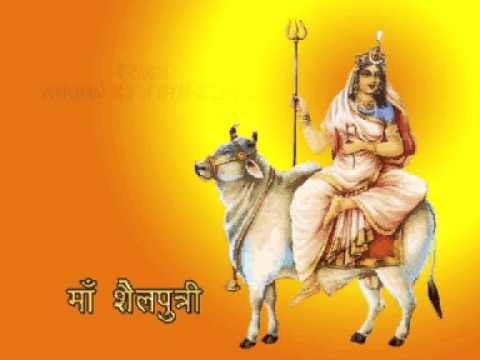 Maa Shailputri is believed to be the first avatar of Goddess Durga. The first day of navratri begins by commemorating Maa Shailputri. Blessed to Lord Himalaya, Maa Shailputri gets her name from the mighty lofts, Himalayas. The goddess mounts on a bull, and carries a Trishul in one hand, and a lotus flower in another. It’s believed that its auspicious to offer cow milk ghee to Maa Shailputri. Worshipping her is deemed to awake your Mooladhaar Chakra, which blesses you with good attitude, patience and spiritual enlightenment.

Puja Procedure (Poojan Vidhi): Ghat Sthapana and other Puja Rituals:
Maa Brahmacharini blesses her worshippers on the 2nd day of the Shardiya Navratri. vedicastrologysolutions.com has compiled an informative blog on how to please the goddess of warmth and love, and get the maximum results during these 9 auspicious days.
The 2nd day of the Shardiya Navratri commemorates Maa Brahmacharini. The goddess did austere absolution for Lord Shiva and till the time she married him, she was called Brahmacharini. The unmarried form of Goddess Parvati is worshipped as Maa Brahmacharini. The goddess possesses a grand and bright aura around her. Her right hand carries a rosary while the left carries a Kamandal. By worshipping and praying to her, we can balance our Swadhishtan chakra.

The second day of Navratri is dedicated to pay homage to Goddess Brahmacharini. This avatar of Goddess Durga is particularly worshipped by the sages and monks.

Origin – After Kushmanda form, Goddess Parvati took birth at the home of Daksha Prajapati. In this form the Goddess Parvati was a great Sati and her unmarried form is worshipped as Goddess Brahmacharini.

Navratri Worship – Goddess Brahmacharini is worshipped on the second day of Navratri.

Governing Planet and Rudraksh  – It is believed that Lord Mangal, the provider of all fortunes, is governed by Goddess Brahmacharini. Three mukhi rudraksh should be worn

Iconography – Goddess Brahmacharini is depicted as walking on the bare feet. She has two hands and She carries Jap Mala in the right hand and Kamandal in the left hand.

Details – Goddess Brahmacharini did severe penance to get Lord Shiva as her husband. She performed hard austerity and due to which She was called Brahmacharini.

Further She followed strict fasting regimen while staying at open place in scorching summers, harsh winters and stormy rains. According to Hindu mythologies She was on diet of Bilva leaves for 3000 years while She prayed to Lord Shankar. Later She even stopped eating Bilva leaves and continued her penance without any food and water. She was known as Aparna when She left eating Bilva leaves.

As legends go Goddess Brahmacharini immolated herself by wishing to get a father in her next birth who can respect her husband Lord Shiva.

Maa Chandraghanta blesses her devotees on the 3rd auspicious day of the Shardiya Navratri. The goddess is believed to govern the planet Venus, which is the bearer of culture, luxury, and refinement in our lives.

Navratri Worship – Goddess Chandraghanta is worshipped on the third day of Navratri.

Governing Planet and Rudraksh – It is believed that the planet Shukra is governed by Goddess Chandraghanta. Kamal Gata Maala , Opal stone .

Iconography – Goddess Chandraghanta mounts on the tigress. She wears the semi-circular moon (Chandra) on her forehead. The half-moon on her forehead looks like the bell (Ghanta) and because of that she is known as Chandra-Ghanta. She is depicted with ten hands. Goddess Chandraghanta carries Trishul, Gada, Sword and Kamandal in her four left hands and keeps the fifth left hand in Varada Mudra. She carries lotus flower, Arrow, Dhanush and Japa Mala in her four right hands and keeps the fifth right hand in Abhaya Mudra.

Details – This form of Goddess Parvati is peaceful and for welfare of her devotees. In this form Goddess Chandraghanta is ready for the war with all her weapons. It is believed that the sound of the moon-bell on her forehead expel all type of spirits away from her devotees.

Maa Kushmanda blesses her devotees on the 4th day of the Shardiya Navratri. She is believed to have resided inside the Sun Mandala for years. Bhaiyaji has compiled an informative blog on the Goddess of warmth and knowledge.

The 4th day of Shardiya Navratri commemorates Maa Kushmanda, avatar of Maa Bhagwati. As the popular belief states, with just a flash of her radiant smile the goddess created the whole universe (Brahmanda) and thus the name, Kushmanda came into being. It is also believed that when the universe had no form and da