The results of a planet are relative to the strength and weakness of the entire birth chart. Bhaiyaji says ,it would be worthwhile in this context to look at some peculiarities of Rahu and Ketu. 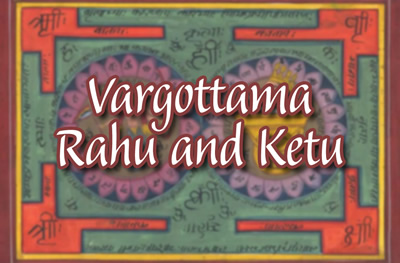