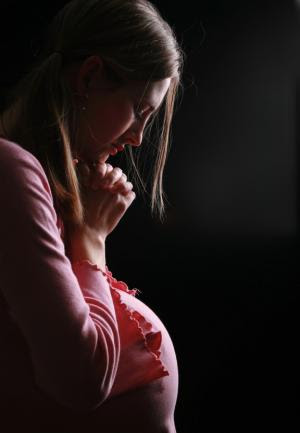 Pregnancy is the most blessed period in a woman’s life, where she plays the nurturer for the little baby one in her womb. As a mother to be , a woman so far protected, for the first time plays a protector. No matter what it calls for, she assures , nothing adverse effects the new life that she bares in her womb for nine months. These nine months are crucial for the well being of both the mother and child and decides the health of the child in time to come. 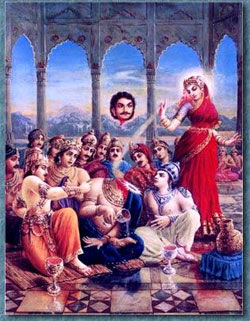 Going by ancient astrological beliefs, Rahu and Ketu are malefic planets. Legend has it that once there was a strife between Rahu (Asura ) and the Devatas (Gods ) both wanting to claim “Amrit” for immortality. When Vishnu dressed as Mohini seduced Rahu by her charm and stole the amrit from him, Rahu decided to trick the Devatas and get back ‘Amrit”. So, he disguised himself as a Devta and waited for his turn to get a drop of ‘Amrit’ . To his disappointment Surya and Chandra recognized him, Vishnu chopped Rahu’s head whereby he was divided into two Grahas – Rahu and Ketu . However to take a revenge against Surya and Chandra , Rahu decided to cast a shadow on both , which is what we know as Surya and Chandra Grahan. It is this legend that gives rise to the traditional belief that ‘Grahan Kaal” is an inauspicious period during which evil forces are active , especially harmful for pregnant woman .

There are a lot of precautions women need to take during pregnancy to ensure delivery of a healthy baby. You must have heard from your grandparents and elderly woman home that “Grahan Kaal “is not good for pregnant woman. Most of us consider all this as superstition but ask an astrologer and you will know the basis of this age old belief. There are no clear scientific facts that proves that Surya Grahan affect Pregnant women. Some researchers talk about the damage caused to offspring of animals to support their claim about the evil effects of Surya Grahan on pregnant women. All these researches are inconclusive, however as they say “it’s better to be safe than sorry”, let us have a quick look at some of the precautions you should consider taking as a mom to be.

Dos and Don’ts for pregnant women

Though many scientists argue there is no solid ground in such believes, pregnant woman for years have found faith in these precautions. The scientific argument that is easiest to give in favour of these precautions listed above is that, since “Grahan” is a phase that is anti the normal course of natural happenings, it’s bound to have ill-effects. The extent of harm caused is debatable no doubt, especially in the absence of any research or facts to support the claims made by astrologers.We still believe taking precautions is the best thing to do, for the best interest of both the mother and child. Of course , every time around or on that day in past history ,certain miss-happenings have occured , can it be a coincidence every time  ?

Bhaiyaji and his team at vedicastrologysolutions.com , salutes and wishes all mothers and expecting mothers , a great motherhood, hope you and your little one is blessed with good health and well  being .

Live every moment experiencing the joy of Being A Creator, Nurturer and Protector for your bundle of joy, who is yet to come.